One the most valuable resources when planning an event in a new location is a Site Survey.  It’s the one sure-fire thing that can help identify any major issues prior to booking a venue or location, and before putting tickets on sale.

TOURtech does a fair amount of Site Surveys every year, but they are not always required.  With resources like Google Earth View and Google Street View, it’s really easy to get a good idea of how the terrain looks for outdoor venues.  However, if we can’t get the information we need online or through other sources, we prefer to get boots on the ground so we can have eyes on everything.

Sometimes clients will even request that we do a Site Survey and we are always happy to oblige.  In fact, that’s what happened at the beginning of 2017, and it may have been the most valuable Site Survey that we have ever done.

January 2017.  The production industry was gearing up for another season, and several companies had a new festival on their calendars of possible gigs that, at first glance, appeared to be something really big.  It was a 2-weekend event called Fyre Festival, and according to posts in December of 2016 on the official Facebook page, it would feature “The unparalleled best in music, cuisine, design and hospitality on a private island in the Exumas.”

TOURtech was one of the companies that got the call.  Our role: source bandwidth, and then build a network to support the festival with event WiFi and internet. We were initially very excited about the possibilities.  That excitement, however, as you will see if you continue reading, was short-lived.

Once we started diving into the details, there was a huge obstacle that we identified almost immediately: the location. How do we get internet to a remote island in the middle of the ocean with no infrastructure?  Believe it or not, we have a lot of experience in that area, and after we get bandwidth locked in for a specific location, we can build a network anywhere.  Bandwidth on an island is not impossible, but it can be extremely expensive and requires longer than the normal 60-90 day lead times we usually encounter for remote locations.  We passed that information up the chain and started working on solutions.

In mid-January we were asked to send someone to the island for a Site Survey.  Luckily, one of our Network Engineers lived in the Bahamas and was very familiar with Great Guana Cay, the original location chosen for Fyre Festival.  He flew over and met everyone involved on island for Site Survey #1, where several major problems were identified.  Here are some excerpts from the TOURtech Site Survey Report:

“Despite the limited available bandwidth, from a network deployment perspective, the festival seems entirely achievable for TOURtech.”

“I got the sense that Fyre Festival has not allowed enough time to accomplish the event.  There are numerous unresolved factors like Government regulations, work permits, acres and acres of excavation, inadequate deepwater access for container ships, etc., that have essentially put the timeline in a position where there cannot be any hold ups.”

“I also wonder whether or not the internet service provider will be able to get us reliable connectivity that isn’t much more than best effort.  My own testing and general experience with the data services in the Bahamian outer islands has found uptime to be largely intermittent, with frequent drop-outs.  The entire time I was on Great Guana Cay, there was an island-wide power outage, and you could see multiple telecom poles literally in flames throughout the night.” 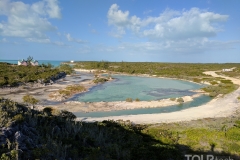 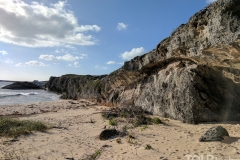 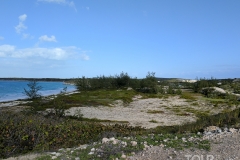 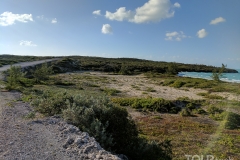 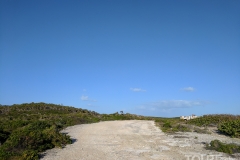 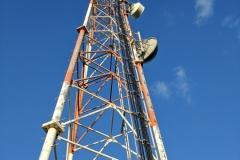 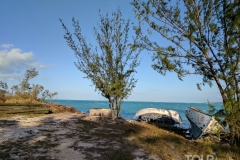 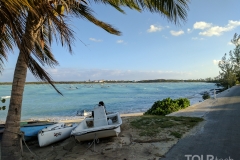 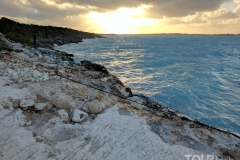 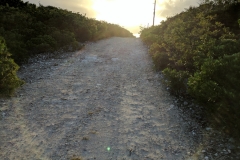 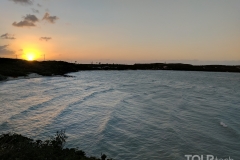 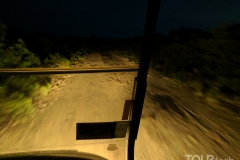 February 2017.  A couple weeks after the first Site Survey visit, it was decided by the festival organizers that using Great Guana Cay was going to be almost impossible, especially with the tight timeline, so they went to Plan B: Great Exuma Island, which is just outside the city of George Town.  That actually made the bandwidth obstacle at lot easier to overcome (and cheaper) than the first options we pulled together, but from a logistics prospective, we knew this was still going to be a very complex event to pull off for everyone involved.  The clock was also ticking, and we were now back at square one with a new location.

In mid-February, we got the call for Site Survey #2, and after spending a day at Great Exuma Island, additional concerns were brought up on both sides. Here are some excerpts from the TOURtech Site Survey #2 Report:

“While exceptional, and exactly the kind of location that Fyre Fest had in mind, the previous site was sacked due to the time and costs necessary to excavate and build the required infrastructure.  The new site, just north of Sandals Emerald Bay at Roker’s Point Settlement, is a giant tract of limestone that was excavated for what seems to be a failed housing development.  From a production standpoint, it’s an excellent location– there is full power hookup, RO water, roads, easy access, private entrance, local resources, etc.  However, it was clear to everyone upon setting foot on the property that the site does not fit the exotic and remote paradise aesthetic that Fyre Festival has crafted and sold to ticket holders.   It’s basically a giant parking lot, with no real beach to speak of, and two mega resorts and a marina in plain view throughout the site.”

“The Fyre Fest people hate the parking lot, and pitched the idea of a separate location 4 miles north– a privately owned property, Coco Plum Beach.  The beach is definitely beautiful and more in-line with the intended vibe of the festival.  Yet, the location was also decidedly impossible to build a site on with only 20 yards of deep sandy beach, a half mile of inaccessible shallow-water and a single tiny off-road access.  There is no way that any ISP could ever get service out there.”

“There is also the recently discovered issue of the 37th Annual George Town Cruising Regatta, a giant event that has basically booked up most of the resorts and resources on the island during the first weekend of Fyre Festival.”

The clock was still ticking, and at the end of February, there were still many unanswered questions.  There were talks about moving dates of the festival, and maybe even the location (again), but the red flags were starting to pile up, so several companies and vendors cut ties with Fyre Festival, and TOURtech followed suit. 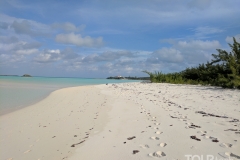 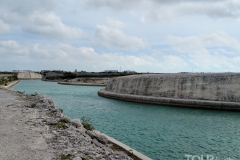 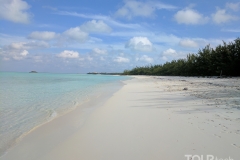 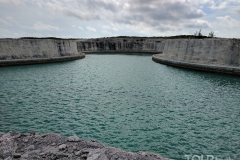 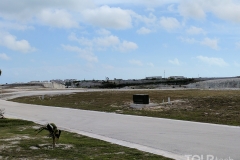 March 2017.  TOURtech got another call directly from the Fyre Festival organizers.  Much to our surprise, they told us they were still doing the event the last weekend of April and wanted us to handle the connectivity.  As noted in our Site Survey #2 Report, that was something we could easily take care of, but we were now under an even tighter timeline, and the site build was still a major concern.  We were told that was being handled, so we gave them deadlines for a signed contract and payment, along with some recommendations, all of which were seemingly ignored.

Then we waited…and waited.  As the deadline we set for a signed contract was fast approaching, it became very clear that something was really wrong with this whole situation, so we cut ties with Fyre Festival for a second time.

April 2017: Our deadlines passed, we removed the event from our calendar, and that was the last we heard about Fyre Festival, until the final weekend in April when it started trending on social media.  As we all know, it wasn’t good.

There have since been lawsuits filed against co-founders Billy McFarland and rapper Ja Rule. McFarland, who plead guilty to wire fraud in 2018, was given a 6-year prison sentence.  Netflix and Hulu have also released documentaries about the Fyre Festival scam, and they are both streaming now.  Why two documentaries about the same thing?  The Ringer has some pretty solid insight on that.

It’s not a crime to think big and want to create an experience like no other. That’s what this industry was built on.  As we’ve demonstrated, Fyre Festival organizers sourced very experienced consultants in the beginning to help them figure out how to pull it off. However, one of their many mistakes was that they stopped listening to those people early in the planning process.  Our words of wisdom to those who want to build something special: Consult the experts before you put tickets on sale and take their advice when asking for input. We are in the business of helping others succeed in doing things that have never been done before, and our job is to contribute to their success. There will someday be a team who wants to create this type of experience again, and hopefully they take the advice of everyone involved and get it right.  We’re here to help guide the way. Ready to fuel the fire, and not get burned.